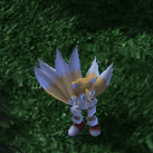 [MTG] Resounding "Fuck it!", a joke name but with a serious effect