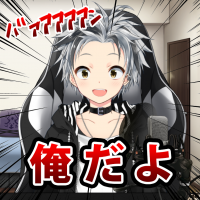 I am Jolta no more! Crow rises from the ashes!